The Carroll Alumni Soccer League celebrated its 40 th Anniversary on Saturday August 4 th 2012 at Archbishop Carroll High School. Over 100 Archbishop Carroll grads and CASL alumni gathered to enjoy the 2012 CASL league championship match, and to re-connect and reminisce about all the great summer soccer over the years. Everyone enjoyed the barbecue, beers and friendships, new and old.

Mike McClelland took the championship trophy home that day. This was his 3 rd CASL Championship. He would go on to win his 4 th and final championship in 2015. Mike’s orange squad took the title over Joe Goldschmidt’s gold team 3 – 1 on the strength of MVP Justin McCall’s 2 goals. It was a fantastic day of CASL championship soccer, camaraderie, and great memories.

Check out the season and photos below: 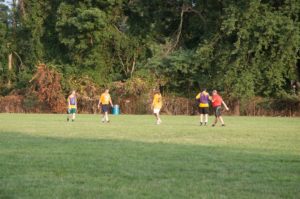 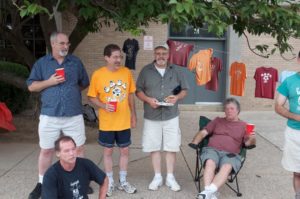 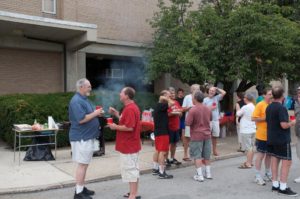